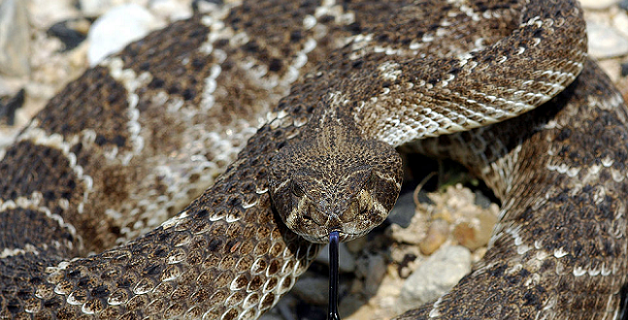 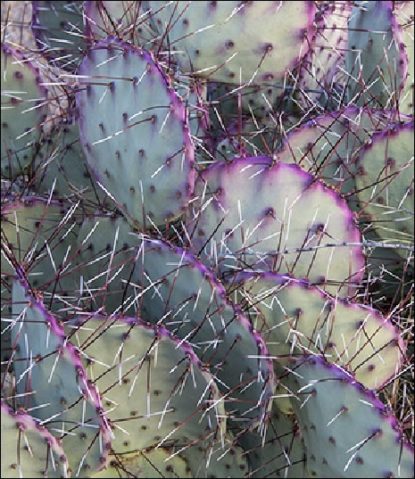 And ended not only with the discovery of the biggest damn rattlesnake surely God ever created, but also the death of a prized cow to boot. Simply because the snake scared all senses out of the two boys!

Wayne Bigham, if’n you’re out there somewhere big guy, this one’s for you! And I genuinely hope this one incident didn’t ruin your appreciating the many wonders of cacti! The ones we tackled that day possibly excluded, yes.

Wayne and I not only were high school sophomore classmates while growing up in Cleburne, Tx., but also — while in high school — we were nearby neighbors and teammates in football as well.

Thus when I needed someone to help me at a weekend job I had one Saturday (next month, it seems — March, it’ll be 60 years ago), naturally I turned to him. And he was eager for it!

Mr. Orlon Eash, a pharmacist, owned Cleburne Drug Store then, as well as a small ranch a few miles east of town on U.S. Hwy. 67.

Cleburne is 30 miles south of Fort Worth, in North Central Texas.

I worked on Mr. Eash’s ranch on Saturdays, doing general ranch maintenance work — for him in his other profession, a rancher!

His drugstore on the downton Square had a popular soda fountain and grill counter section, too. During my school lunchhour my friends and I often ate our lunch there.

That’s when I’d pick up my pay, and get the upcoming Saturday’s work assignments also.

For this upcoming Saturday, when I was asked to bring along extra help, Mr. Eash wanted his pastures cleared of thorny prickly pear cacti. This was before range management days of federal assistance for this species, too.

Now there are thousands of cacti lovers out there (even prickly pear), and I ain’t looking to pick a fight here. Just telling a story — from a “used-to-be” way of how we viewed these damn things!

Rake ’em into piles, he wanted — but warned, too, to “bring thick gloves!” I assumed later he’d burn all of them. Cattle could eat ’em then. But I’m not sure he burnt them. This incident was the last time I worked on his ranch.

Mr. Eash kept a unique herd of expensive Black Angus cattle. And the prolific patches of this cacti were causing too many problems for him.

So with grubbing hoes, rakes and shovels, Wayne and I spent that Saturday digging and piling up cacti in piles on Mr. Eash’s small ranch. A huge gob of ’em, is what I remember.

We’d started out in an area clearing one bunch, and raking it all up into a pile. And then, that pile became a primary hub of sorts to rake or carry all surrounding bunches into, too. We’d work from one area to another — in a semi-clockwise direction, from east to west.

I’m not sure where the ranch foreman had all the cattle that day. Obviously deep in one of the back pastures. Our instructions were to clear from the east-west highway in front,  southward to a mid-area several hundred yards deep.

All the cattle had been moved out for us, I’d figured. And would be allowed back to the front that evening. Either that, or we just weren’t in the noticing mood — for cattle, anyway!

But we followed our game plan! In hindsight, not exactly to the “T”, it turned out, though. Had the old ranch pickup to travel in. Started at the front along Hwy 67 in a small, enclosed pasture — just east of the family home.

Had to unlock an old barbed-wire gate to get in there, however! I was driving; Wayne was handling the gates.

And that pasture ran several hundred yards, it seemed, eastward along Hwy. 67 toward town; and then south, to the right — and out another gate we had to open — eventually to sweep on back around to the pastures on the west side of the house.

Getting later in the afternoon, on that west side — in one of these piles we’d already been building on for an hour or more probably — was when Wayne and I spotted the diamondback rattlesnake!

We were bringing over cacti from a secondary bunch we’d just dug up. And instantly froze! 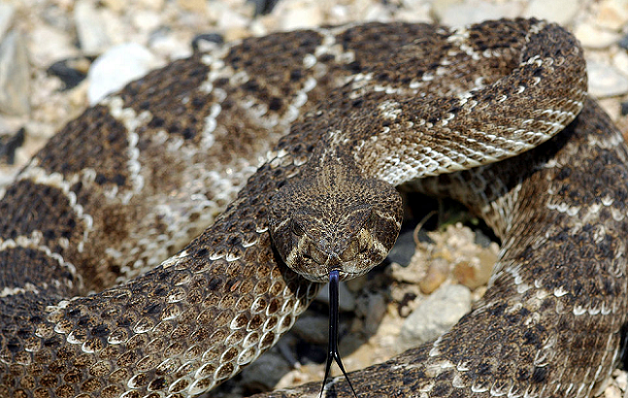 It was weaving its way in and out several of those cactus pads, the big diamonds on it signaling a clear warning that possible fanged death was a mere strike away!

Wayne then was 6’3″ or more; had large, strong arms. And I remember that snake was as wide as his arms or maybe even larger!

The sight of it moving thru those cactus pads — for years later, reflecting on it, still sent chills thru my body! Knowing, either one of us (or hell, both) had, at any time there, been just a step away from possible death!

So, both of us could only stand and stare at it then, not saying a word nor making any kind of movement — and certainly not about to show the other any kind of weakness either, especially fear!

City teenagers, we were! Normally, the first question, of course, would be, “Where ‘n hell did that damn thang come from?!”

Did we drag it from another secondary bunch area? Without noticing it? Or did it come out from its hibernating hole below that new primary bunch we’d just dug up and started?

And angered it even more by dragging all the other secondary cacti bunches in this western-side area on over, to toss on top of it?

I mean, our fear instantly had generated a chill in the air Wayne and I had sucked into our lungs — freezing our thinking, freezing our speech, and freezing any movement! Not-a-word-we-uttered! Frozen, we were!

I don’t know for how long! We simply stood and stared.

And… Then — like our minds were thinking again, only as one now — we turned and high-tailed it to the pickup 15-20 yards away! And started breathing again!

“Where did that snake come from?!?” I’m guessing he was still a thinking, too! Now, that we’re in the safety of the pickup.

Still silence, though. A minute or more.

“You scared any?” I asked finally.

Then I started up the truck and slowly began driving.

Wayne and I must’ve driven around and around in the pastures for 20-30 minutes, checking our cactus piles, and waiting for that rattle snake to find itself another location — one out of that particular pile of prickly pear cacti.

And then we returned to our work. And finished up quickly. Seemed like that was the last pile and the last area patch we were planning on attacking, anyway.

We got back into the pickup and drove to the back of the house, and jumped into our own vehicle. Quietly.

And then we were out of there! Alive!

Were there any other loose ends we were to check on?

Nothing else came to mind! Not then.

Wednesday, when I stopped in at lunch to pick up the check, Mr. Eash informed me we’d left one of those gates to that front pasture open.

And one of his prized black angus cows somehow had gotten thru the barbed-wire fence and onto Hwy. 67 that night. An eastbound motorist hit it, and killed it.

Don’t remember the value of the cow. But to repair the motorist’s car cost the rancher about $800, I seem to remember he said. [Money in 1960 dollars!]

A fine, decent man, Mr. Eash was. Both his church and the Chamber of Commerce had honored him several times already then.

And this day, despite his personal losses, he paid Wayne and I both our day’s work — digging up his problem cacti. And without a word of anger.

But I could tell from his voice, the sternness of it all — e.g., speaking while both carefully filling prescriptions and reaching into his wallet for money to pay Wayne and I — that his milk of human kindness not only had curdled! But he was pressing it to evaporate quickly, too, before he exploded!

When I asked him about next Saturday’s work, i.e., he thought a second or two at the most, and then said he didn’t think he had any more work for me — out on the ranch. But I’d been a good hand for him, and thanks, he added.

Life’s kinda like that, no? Like all the ruckus a poor, innocent diamondback rattlesnake can stir up when you accidentally disturb it? Whoosh!

Just need to stay out of those prickly pear cactuses!