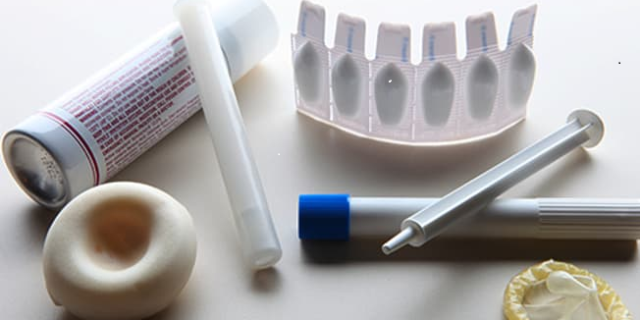 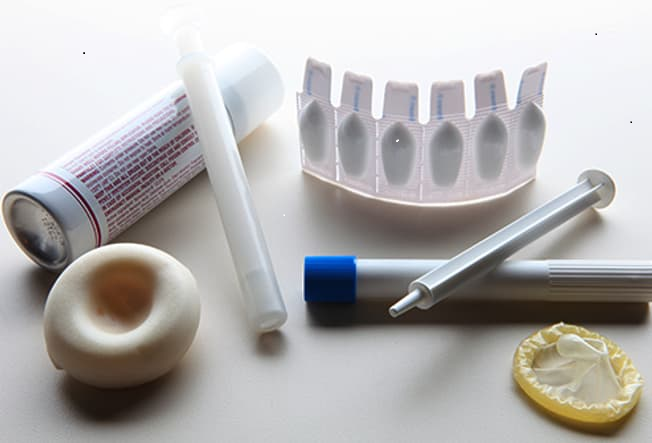 Anything to Avoid Abstinence! Our ancestors would try just about anything to prevent pregnancy, from animal poop and poisonous potions, to citrus fruits and wooden blocks. Before modern medicine gave us go-to’s like the pill, couples resorted to more unusual birth control methods. More moderns, above. (Image courtesy of webmd.com)

Formal release of the opinions usually comes at the end of court’s term in June. So, sex likely will be going undercover again. (Pun intended.)

And, of course, that’s touched off a flurry of protest demonstrations from coast to coast. U.S Senator (and former presidential candidate) Liz Warren probably sums up Democratic feelings best in a Twitter post:

“Understand this: Abortion bans fall hardest on low-income people, on people of color, on survivors of rape and incest, and on those working two jobs for less than enough to support the kids they already have. The GOP has turned its backs on them. The rest of us can’t.”

How much dampening effect all of this will have on Texas citizens’ sex drives, of course, if any, is an open question. Bit ridiculous, too, maybe, to even attempt to guess! 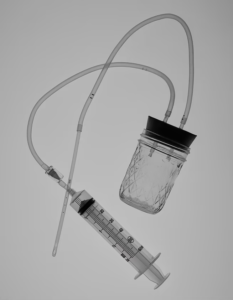 The reliable Del-Em device: Tubing, stopper, cannula, syringe: the makings of a Del-Em, a device created for early-stage abortions in the pre-Roe era (Hannah Whitaker for The Atlantic)

In Texas, hot damn! There’s still abortion possibilities on the Mexican border — e.g., Ho-say-can-u-Seee… — and, of course, even some lesser known, DIY methods of bygone eras — such as an apparently widely used but way under-the-radar (in Texas, at least), Del-Em suction device!

And this from The Atlantic (a story of abortion in post-Roe America), offers a unique perspective on what once was a populous civilian army of mid-wives! Indeed, they were there to help, often when there was nothing else. And now getting saddled up to ride again! ..eeAH!

Many readers, to be fair, don’t remember Roe vs. Wade coming down, nor any time when abortion wasn’t considered legal. Forty-nine years ago, after all, is a long time ago.

But, understandably, most people 70 or older, say, do remember it. It lifted fears of women carrying (or for men, causing women to carry) an unwanted fetus around for nine months. To deliver often for someone else to raise.

Abstinence from premarital sex wasn’t that common then, no. But against gradients of a nosy public eye, pretentious airs certainly weren’t uncommon either.

Uptight and out-of-sight many people were, probably is best to describe it. Maybe not most mentally healthy way of Life, but it held…‘til now.

Most young people I knew then, yes – especially those sorely restricted by economic conditions — breathed big sighs of relief in ‘73 when Roe vs. Wade was handed down. It was like being handed a free “get-out-of-(society’s) jail” card.

But Politics got real nasty after the law! Maybe too much of a good thing pinged the religious’ conscience.

Most notably, those good ol’ boys and gals in far-right Christian evangelical groups, objected; then, conservative Republicans, seeking ammo in a power grab, felt outcry was manna from Heaven! And what a combo the coalition’s been!

Whooboy! Suddenly the pluckin’ of an unborn fetus became a Shootout at the Heavenly Gates:

“No, you especially ain’t gittin’ in,” they retorted!

And, yes, all hell broke loose! It’s been louder and louder shouts of “Repeal Roe” every election cycle since, from a conservative right. As though that’s the first thing wrong with all of us!

Roe vs. Wade coming in the early ‘70s was uniquely Americana, in a way. Many remember exactly where they were when they saw or heard it.

Me, I was walking on campus at the old North Texas State University (now UNT) in Denton, when I heard noise of one of the building’s windows opening above me.

And a large makeshift banner on cords of some kind was flung out, noisily, to be suspended brazenly from the window’s ledge somehow. With a message in bold letters: “Supreme Court

And, of course, there was what looked like a tassel of students appearing almost immediately in the window – Male and female students, waving and cheering at a quickly gathering crowd. Excitement filled the air!

Yes, NTSU was a “party school.” But like most D-FW campuses, it was mostly wishful thinking! Too many students were working full-time or part-time jobs somewhere, busy commuters from surrounding areas – always with miles to go.

I had a little one-bedroom apartment in Denton then, i.e.; regularly commuted at night or evenings to a full-time job at the huge Texas Instruments plant in Dallas, and back. All told, it was 50-55 hrs. week. And full load at school, too. Spare time?

That NTSU building where the sign was hung — if’n my ol’ memory is right — was the old Journalism building, though.

The students would’ve been The North Texas Daily’s newspaper’s staffers, when they learned of the breaking Roe news. A scoop?

As they’d learned in class, git the news out fast! So, they rushed for the old makeshift banner and a black marker. And did get the campus scoop [in a way] on Denton’s other daily paper!

Girls and young women in that era had had the birth control pill since 1960, of course. But getting prescriptions often involved communicating well with parents about sex. Duh…

That carried difficulties — i.e., “If’n I sign, will someone SEE you?”

My own belief is many people in The South suffer from lingering provincialism, as in narrowness of thinking and compassion for only those close to them. Spreading frontiers afforded not much else! Often sparseness of it drilled white supremacists in ’em, too, of course

And this coupled with religious grievances against modernity that’ve plagued U.S. citizens forever– a schism between biblical inerrantists, and those who eye more a living Constitution itself (or modernists), formed over years.

The emphases in the text below are mine, i.e.:

“Modernists who relied on new developments in biology, anthropology, and literary criticism (have) sought to separate the Bible’s ethical core from its ancient cultural context,” writes attorney Austin Lee Steelman in a May ‘22 issue of Religion Dispatches, about pinchers threatening Roe. They believed “the Constitution outlined a set of malleable principles that could be adapted to the needs” of its citizens as time wore on, he wrote.

Thus, is this the ax for Roe vs. Wade?

Good question. More so, will waves of paternalism flow back across us now? Put women back in their place, say? Screw our freedoms a bit more?

Well, I see a bit of something else.

Like a lot of you, I watched the televised confirmation hearings of two of these controversial right-wingers on the Supreme Court who’ve tentatively voted now to strike abortion as a right.

And like you, too, over the years I’ve honed instinct I prefer to trust. Did it for 17 years on the bench in Presidio, remember. And left with many friends and high respect both. Or I like to think, anyway.

Clarence Thomas and Brett Cavanaugh, the two justices in this abortion wringer, each have questionable amends to make – it’s my humblest opinion. And to my knowledge they’ve never done it.

Both were accused – by professional women, remember, two PhD’s — of sexual harassment. Both denied it, of course. Thus, a mere character-confab the hearing all was to majority Republicans voting on ’em! Such things go better with Kentucky whiskey, too.

Nevertheless, I’m guessing perhaps both will either alter or reverse their original vote in favor of Roe. It’s too much of a temptation for redemption!

A chance to clear their soiled names from minds of possibly millions of women who viewed their hearings, many no doubt still carrying doubts about their characters today.

E.g., could this be a redemption moment?

‘Sakes alive! You thought you saw “pubic hair” on your Coke can, Clarence? And Brett, while loaded with beer you attempted to force yourself on who?

My oh my, what accusations! Could you two have some yáhoo in ‘ya?!?

And with emotional protests over this leak now heating embers of those suspicions more — making them even harder to carry — I’d think the chance to correct an alleged out-of-character mistake is too enticing. Maybe for both.

But if they’d do it, yes, it’d fortify Roe as both our law…And Society’s sanity cushion.

And, too, we could all sing “Gather at the River” to start our Climate Change crusade! For all our redemptions!

Which is, or shudda been, our next Big Crisis.