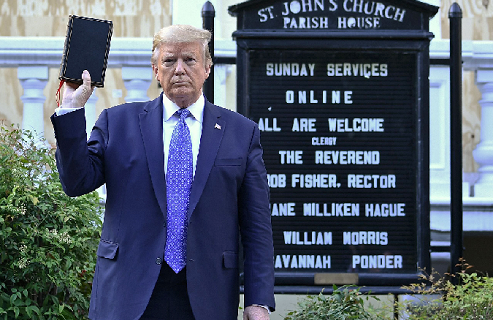 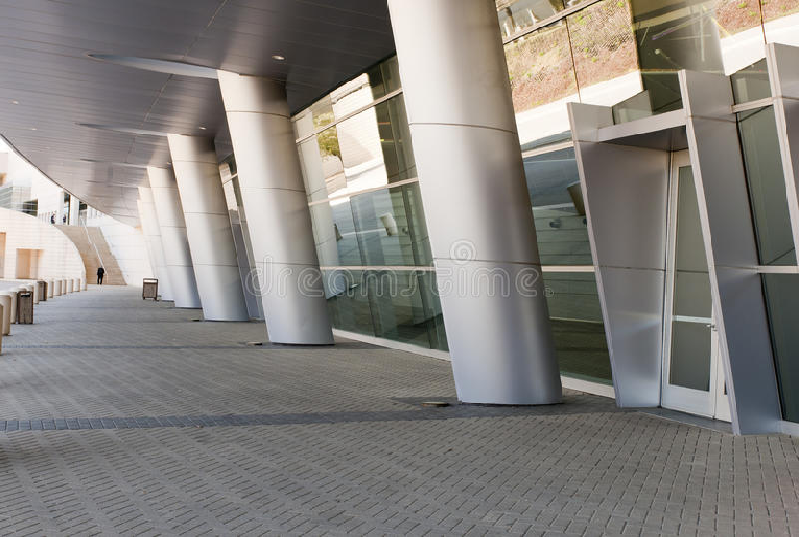 Anyone doubting the consternation raised then from Ronald Reagan’s flagrantly breaching our long hallowed constitutional Church/State wall of separation by saying “I can endorse you,” can simply read a recent list of the 400 ministries who bellied up to the SBA bar recently — to take at least a million dollars each in the Coronavirus Paycheck Protection Program.

Web data compiler bigthink.com has even more specifics about the church’s impact on this bailout stimulus bill. It claims $10 billion in all, with Catholics (omg) being in the thick of it, too! [duh…Catholics?]

“In one of the most surprising revelations, religious groups received up to $10 billion in relief, including the U.S. Catholic Church, which reportedly received as much as $3.5 billion in forgivable loans under the CARES Act,” the link reports. “That stimulus money makes the organization, with over a billion followers and up to $30 billion in wealth, one of the biggest winners in the stimulus program.”

But some of these less-enamored others?! Talk about preying on the public alter, thousands of these religious clones are doing just that! How do you separate them? Even if’n you had to!

Oh, I’m with the Texas Chapter of Blind’n’See Ministries! I gotta build a special mission over in Goatneck, Tx! Home of the biggest catfish on the Brazos! Gonna glorify the Lord with this food! Got 79 poor folks already to put on the payroll to build fisheries! This is the way to Heaven, folks! Sell those Cats — Feed the Hungry!

Yes, I realize there’s some slippery payback language in the applications themselves, but I sure wouldn’t bet my peanut collection on one of these right-wing, fly-by-night, religious start-ups!

Was city editor of Cleburne Times-Review (in south DFW-area) 40 years ago, and covered that weeklong Dallas event both for the newspaper and as a student — e. g., to get some research on an M.A. thesis on that upcoming November ’80 election.

Yes, that one was going to be a doozy! I just had a feeling. Promotional mail that’d kept coming across my T-R desk kept pumping up this great Moral Majority sweeping the country. Being led by a Rev. Jerry Falwell Sr. of Virginia, still, a segregationist at the time.

Y’all remember him, don’t ‘ya!? Hee, hee, colorful, he was! Later years he’d admit to being a little bit on the tax protest side, though, in this great cause of morality. Yeah, he had a bone to pick, alright! And to him it was sure ’nuff a moral one!

Incumbent President Jimmy Carter’s folks — either he or I’m sure the Good Reverend was thinking some other such liberal-idiot administration — kept threatening his university’s tax exemption status!

No minor point for the history books, is it  — for a business preacher? Something about prohibiting black-white dating at his college?

“…(I)t was race (emphasis mine) –not abortion or the attendant suite of so-called ‘values’ issues–that propelled Falwell and his evangelical allies into political activism,” said noted researcher Max Blumenthal in a 2007 “Agent of Intolerance” article in The Nation magazine.

“For Falwell and his allies, the true impetus for political action came when the Supreme Court ruled in Green v. Connally to revoke the tax-exempt status of racially discriminatory private schools in 1971,” Blumenthal wrote. “At about the same time, the Internal Revenue Service moved to revoke the tax-exempt status of Bob Jones University, which forbade interracial dating. (Blacks were denied entry until 1971.) Falwell was furious, complaining, ‘In some states it’s easier to open a massage parlor than to open a Christian school.’”

But where were Falwell — and later thousands of these other private church schools that cropped up after the 1980 Election — on getting their gobs of cash?! Royalties from Heaven, were they?

Contributions from like-minded individuals and corporations, would ‘ya believe! Growing themselves thru GOP tax write-offs being offered, these corporations were! It was almost like a feeding frenzy, New Right legislation set off!

Ah, yes, all after that November 1980 election, it would be. The world would look different!

And driving back to Cleburne on U.S. 67 that Friday evening after the ’80 Briefing finished, I was overwhelmed with this feeling — and actually had to pull over to the side of the road because I was crying so much. This was personal, yes!

Remembered well my childhood, filled with nights when Mom and dad would take me along with them on one of their church visiting trips — to members laid-up in the hospital, or sick at home, say, with care scarce. It was the ministry of the church to take needed cash, food or clothing in those instances.

What are these new handouts to be, I asked? Even though the pit of my stomach knew!

Our nation’s long-hallowed stream of compassionate benevolence has just been taken over by an angry mob of government haters, whose path to redemption for the country was going to be through high-powered salesmen holding Bibles! my feelings were stated through tears. God help us!!!

And what have Republicans done to us throughout this 40-year reign? Besides church-building programs feeding on themselves — all zooming toward heaven?! Programs that actually take from the poor to give to the rich!

Conspiracies are why you have government, by gawd! To defend yourself!

One prominent Washington D.C. professor and researcher, Matthew Dallek, traces these what began as fringe, right-wing conspiracy groups back to the John Birch Society of the ’50s — always playing to a gullible base that hated government! Probably none less than today’s Tea Party Republicans! Talk about being overtaken by useful idiots!

“…(T)he stew of ‘alternative facts’ has been simmering for more than half a century on the right fringe,” Dallek argues recently in a Washington Post analysis, Swamp Fever! “The GOP had endless opportunities across the decades to banish these theories — about scheming bureaucrats, Jews, the Federal Reserve, the United Nations — and its leaders often saw them as absurd. But they were also useful, helping to rally support from an aggrieved government-hating base. So the party’s mandarins allowed them to fester and grow until they spread from the toxic fringe to the mainstream, which they have finally overtaken. It’s no wonder someone who embraced those ideas would become successful; Trump validates notions that his voters have long believed, ideas that the party refused to condemn and failed to repudiate.”

In Cleburne — growing up in a poor family — yes, I’d been steeped in Baptist fundamentalism, but it was aka moral absolutism. And I’d spent almost two decades later tearing its shackles off my mind! I knew its cultural hate scent when I smelled it. And that Dallas Briefing had been all that!

Combine Zealots for Christ [don’t research, that’s me calling out Christian exclusionists] with hate carried by transplants to the South fleeing in-your-face Northern school integration, and you get a toxic brew straight from the devil’s caldron itself — e.g., religion’s moral absolutism!

If anything, it worsened our Civil War, damn it! And it was never erased! Kept for political advantage.

And now it’s back?!!?? In full bloom! Came in disguised as the Republican’s Religious Right! Moral absolutists, they were! And now they have the Whitehouse!

…What else can you say?

…Uh…Praise the Lord and pass the whiskey?