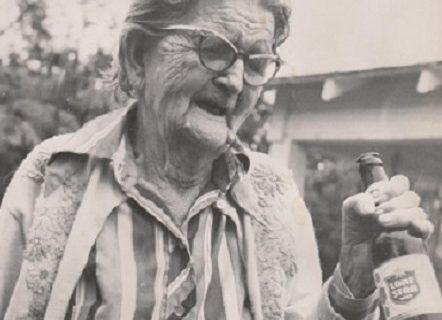 Whooo! The Year 2019 has come and gone; 2020 is at hand!! And what better way to greet the Decade of the New ’20s than congratulate Mexican parents in Juarez for sending their children across stream, i. e. — the sovereignty of both its shores here slowly becoming part of one international city — to get educated in El Paso public schools! Huh?

Call them all new pioneers, say! And further anger Republicans locked into provincialism.

Ah, these twisting streams of human history along the Rio Grande! How an older but more visually populous one now is binding us to each other — in an emerging, new collective, muscular way of global dependency! In a binational borderplex region!

If you haven’t bitten into this new golden apple yet — lot of it dual citizenship, yes — pardon me for this sudden submersion. All that glitters still ain’t gold, no. But lend me your ear just a bit. And maybe I can find a soothing word or two about it as some kind of salve, anyway.

It’s a heated argument, yes. But through the ages this version’s hung in there with many variations! The one common thread, of course, is all of us go back to someone once who was a migrant!

Now, maybe out of a decades-long, collective “wanting something better” wish — amidst still prejudice, political gridlock, yes — has emerged a possible answer that with clarity we can all agree upon. We not only wish as a collective but we also act as a collective! Families themselves do!

Look at the photo above. I’ve borrowed this from Grecia Sanchez’ recent Borderzine story, a UTEP weekly student publication on border culture here. Her survey says about one in every six El Pasoan homeowners say they own homes in both Ciudad Juarez and El Paso.

That’s a grabber, no?! Have we successfully pushed the envelope on another kind of community investment? That’s binational in nature? Defining these citizens?

House vacancy listings in El Paso rise and fall with the incoming/outgoing tides of Mexican-American families — indeed, many of them with dual citizenships, yes — families either finding homes here for the current school year or vacating ones and returning to Juarez at the end of the current one. With plans to continue the cycle of enrolling children in ISDs the next fall term, yes.

And the trade-outs both ways in these yo-yo lifestyles — economic, culturally, etc. — is a beautiful thing, yes!

(El Paso has high ISD taxes, yes — but so do the rest of the state’s urban districts. So? Republicans in Austin, maybe? Still greedily chewing on those same singular exemplarism bones for community development?)

But, this aside, there are some religious fundamentalist people who have to hate, too! For some reason. And this issue — year after year — is a good flashpoint for them! (Yeah, I’m a desert gringo; I’ve heard a few! But never let these people coach football, I say! It’s too complex for ’em!)

I remember well the anger, i.e., I’d see a few times as a small-town judge in Presidio (downriver from here a couple of hundred miles or so) when some naive, anglo PISD taxpayer — usually it’d be — would see me on a downtown sidewalk somewhere; or in a cafe drinking coffee, perhaps; and simply “unload” his fellow-gringo anger on me.

“Damn it, I’ve seen ’em come across sometimes on a Monday morning, at the Port!” he’d say. “Don’t tell me they’re not doing it!

And I’d jokingly tell him, “Aw, they’ve been off on an R&R for the weekend visiting their grandparents! Or old friends! Calm down some. Trust me, for the most part, they are here, LIVING AMONGST US in the school district! They have to! It’s the LAW! [Plus, in Presidio, the only nightclubs for teens were across in OJ! Where else would they be coming from!?]

But let me add some more to round it out some. First, you know — as I most certainly know — free lunches are out the windows today! We’ve lived in an interdependent world for decades now! Scratch my back; I’ll scratch yours!

In varying degrees those people are helping to pay your taxes, bubba! And some of your other amenities that are in your paycheck, too. Which means, ultimately when we team-up with foreignuhs, we both win, right?

Cultural exchanges, i.e., has been part of collegiate life going back maybe a century or more, for generations of U.S. students. (Yeah, who knows yet, ultimately, what effect President Trump clamping down on migrants and Immigration quotas will be admittedly, but just call him a quirk in the liberal-ethos chain! ‘Til next election, at least!)

Migration between countries rises and falls — or it usually has — in the ways of economic or health security fallout throughout history, tied both to national economic concerns or health disasters — and, yes, too, when bad hombres take over a country’s financial engines and attempt to implant their own god-given version of imperialism.

Like rocks along the path, no?! Somehow we as a people — survive them. Those of us left. And closer and closer it’s driving us together, is the overall message, too! In the name of whatever color you want to call this post.

Lemme give ‘ya just two tiny, personal examples of how this new bi-nationalism is working in many neighborhoods across the nation now.

For maybe two months Noemi and I have been looking for an older, inexpensive pickup I can use around the house — e. g., carry off old dishwashers, cabinets, tree limbs I’m almost constantly cutting off some of our faster-growing trees, etc.

This week we finally closed on an on-line 2004 Ford F-150 that the entrepreneurial seller had purchased as a salvage vehicle, at an auto auction –a perfect fit for an ol’ retired judge with landscaping dreams floating in his head!

And the seller? Hee, hee! A high school kid! His father, Jimmy, a builder, mechanic, and heavy-duty equipment maestro, all in one, is in for the holidays. He and his son will be over tomorrow to repair a rear turning-signal lamp on the truck, as promised.

As an aside, I became familiar with these maestro families in Presidio — where a ton of them live when they’re not out working! In short, they literally are building America now — on construction projects in every state in the union probably! El Paso, of course, is loaded with them, too!

In the courthouse annex office back in Presidio often we’d get telephone calls from older, teenage kids in these families — from North Carolina, Florida, California, wherever; calls urged on by their parents, no doubt — advising me “I’ll pay that traffic ticket there with my next paycheck!”

The other incident I’d mentioned above concerns a younger worker, too, 10-15 years older, one from Juarez — in the U.S. here on a work visa.

He assisted the maestro who built our rock wall around the front of our home several weeks ago — who Noemi finagled into promising to return sometime to help with some inside tile work.

Well, his next construction project was in Colorado, in Denver. where he hopes to make enough money to buy him a new pickup. And he’s in for the holidays now. Sure enough, as promised, he’s over here now laying new tiles on both of our bathrooms.

“Man, it’s cold in Denver! he told me yesterday.

Hee, hee! These crooked, winding streams of humanity, we are. Which is how historians describe the building of the Western World!

My late grandmother, i.e., Clara Casey (her last last name), was born in the Arkansas Ozarks in the late 19th Century.

When I interviewed her for a small-town newspaper in the early ’70s, she remembered clearly her family migrating also — to Texas, it was, in a covered wagon!

She went through Indian Territory, she recalled — which is how Oklahoma was referred to before it became a state. “And we had a little spotted, black and white dog that often ran up ahead of us on the trail.” Her family eventually settled around Quanah, in the Panhandle area.

I don’t know if she’d qualify as a migrant, but her parents certainly were! Maybe she’d come in under an Early American Migrant listing.

And if you’re referring strictly to geography to draw your political lines, an atlas will show you Mexico is part of the great North American continent also, and thus the people there have a right to call themselves Americans. As with Canadians. This term is one depicted with a large umbrella, yes!

Too, the same with Central American countries like Nicaragua, Honduras, Guatemala, Costa Rica and Panama — No way, e.g., can I remember the number of times angrily I’ve been told: “We’re Americans, too, El Juez!”

And proud, energetic, and ambitious, also, I might add, they all are generally! No idea where the term lazy came from to describe these people coming in from our Southern people, but it’s definitely a myth, though!

Which is what most of us may be fighting. And it’s been elevated to the Nth level in this torrid, political climate we’re all in now.

But let us not forget Christ is the Reason for this Season — the Love and Hope in New Beginnings his arrival meant to the world. And be sure to smile at your neighbor tomorrow!

HAPPY NEW YEAR, EVERYONE!!! Prayers for all of us!

— From Noemi, Kareli and Dan