Note: This is another of my old Social Minimalism thru Radical Capitalism stories from an earlier website, which I’ve rewritten some to go with today’s Afghanistan story.

New York Times’ afghan bounty stories are all a spoof, I guess! According to this usually reliable oped news story, anyway. Major news sources haven’t run anything about it though. So… Cry me a damn river! I’m still guessing.

Ah, the perils of good journalism — Somebody with an ‘ax to grind’ always trying to set your poor-ol’-ass up — to get at someone else!

And in this case, another U.S. government agency denying or staying mum to “protect interests” while you dangle on a substantiating thread makes it even more unnerving!

Bribes are still bribes except when they’re not actually bribes! Hee, hee!

Remember a similar case in Cleburne TX once — when I was city editor at a p.m daily, 10k-circ., Cleburne Times-Review — where an angry developer came one afternoon and ask me to check out what “the city” was forcing him to do for a “code compliance” approval.

Snakes thrive in these kinds of waters! 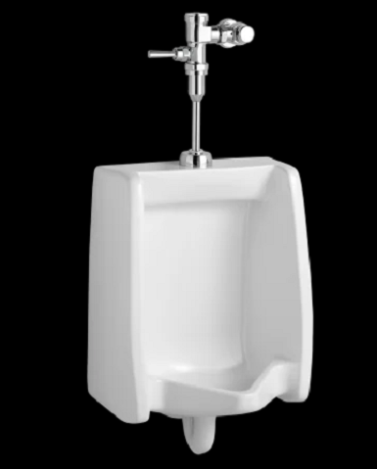 Went out and took a photo of him beside a bathroom “wall urinal” he’d installed in a residential bathroom he was building.

He claimed City of Cleburne was forcing him to install it! Bunch of idiots!

Meaning, also, he had to tear out the regular commode he’d already installed; wasn’t being reimbursed for all his extra time he was paying workers; and he may lose a rental client, too, all because of all the delays in getting his building permit completed!

“Whoo, got those suckers!” was my first thought.

“A Page 1 ‘corruption exposure’ story for sure! What the hell they trying to do here to this poor ol’ guy?!”

Hee, hee! Metro journalism, pay-wise, is even lower than classroom teaching, but your character somehow survives on bylines and content of your reporting — e.g., attracting readers for advertisers.

Exposing taxpayer scandals — yes, in its lowest refined stage, that’s what Afghan bounties is about, too, i.e. — always are high on the juicy list.

Of course, in this instance, too, as a reporter, “there was the matter of newspaper equal play — e.g., getting the City’s side of the story” I also was thinking.

“But hell, it’s late in the evening, and I’ll just call ’em up first thing in the morning! Before we go to press with this thing!” was my thinking.

Finishing up darkroom work the next morning, it was a good photo, I’d made.

Got this Cleburne developer sitting on this bathtub mad as hell-like — in a forced situation — with his left arm extended to a nearby wall urinal, a pisser — hugging it like you’d embrace an ugly, snotty-nosed stepchild!

Indignancy rising from a taxpayer’s face like fresh bullshit stink!

Good story, it would’ve been like that, too. After I’d almost finished writing it. A helluva story! He had a point to make!

And me the intrepid reporter, I was right there to help him make it! My story headline was going to be something like City’s Screwing Developer in a Urinal!

That rascal, he knew, too, the only person I could possibly contact to verify his accusation  — e.g., Andy Anderson, public works director — just happened would be out of town that next day for me, attending a mandatory national convention in Denver, I’d learn with a telephone call to City Hall that morning.

Thus, what do you do as a reporter? And you’re right at Deadline! The editor’s saved space for you on the front page? And you find yourself in a moment like that?

Will the photo itself authenticate the story?

Well, another source at City Hall told me Andy’s wife wasn’t able to make the trip with him. I contacted her at her work, got Andy’s hotel’s room number in Denver — and the extension to the class where he was attending — and, Bingo!

Got him on the line.

“Andy, what’s this crap about you making this nice guy, (name of developer), put a pisser on the wall?” I asked him.

It was something extra to be put in the house to conform to a city safety code! Can’t remember exactly if it was commode-related or not.

Seems the developer had asked for an exemption to avoid something more costly and was turned down. And then schemed a way to take it out on Andy!

“We’re not going with that photo!” I immediately screamed at John Moody, our managing editor then. “It’s a damn set-up!”

Thru the grace of God, I’d learned it!

And dodged having to wipe mustard off my face. Big-time!

And quickly I was able to make appropriate corrections and add city quotes to my story. And it ran! Still a good one!

As the world turns…Experience will teach you in almost every profession… Sometimes angry self-interest upsets the apple cart!

And still, too, Afghanistan may still be off the table! What a story if it is, though! Huh? Our bleeding nature!