The announced prisoner release plan this week of 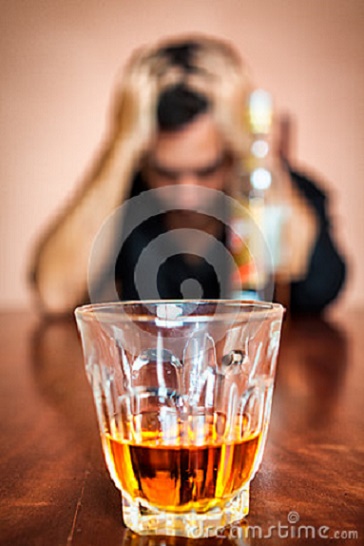 Unloosen these chains! (Image by dreamstime.com)

some 46,000 federal, mostly drug-use convicts back “onto the streets​” is stirring praise in some corners and criticism in others.

In all corners, it seems — after how drugs have torn this nation apart in the past 40 years or so — it should be stirring reflection though. And then hope, New sentencing guidelines are part of President Obama’s drug reform program. Is this a keeper?

Certainly no criticism from me — only reflection. And hope. Having just noted my 23rd anniversary as a sober AA drunk, I’ve learned my lesson well about pointing fingers at others’ addictions! Yes.

Especially druggies, who I learned a little about thru the AA program over the years. Alcohol and drug addictions both are entrapments — kinda like situational or genetic torture chambers inserted in a person’s script when young — and once in place, by all means, the most sensible thing a nation can do to confront them is learn how to navigate around them rather than thru them!

In time, the more we get around, the fewer we have to go thru. With both less costs and less pain. I’ve never been much of a person at creating wealth, but it sure seems even a blind person can see dollars saved like this. From staying out of all those jail and prison expenses, for one!

Bluster from corpocracy’s right-wing, extremists to stop alcohol and drug-use abuses — cold in their tracks — is like saying we can learn to live without oxygen!

What planet are they on? one wants to ask?

Any idea of cost of prisons and correction guards alone, added to the nation’s debt, by this right-wing, scheming, pay-as-you-go bunch that’s hallowed benevolence from our moral core? Huh? All for the sake of commercialism!?

And the real victims of this crude way of thinking? From around the world? You want figures!?

One organization, We Are the Drug Policy Alliance, reported some 52,000 children — sent alone to escape drug-related violence in Central America last summer — slammed their lives into the often tragic uncertainty of crossing illegally into the U.S. last summer. With ripples of it to be here with us forever!

Just use that instance with a multiplier of 10, e.g., to take in all the related, collateral damage stuff — to families here and South America also, as well as economies — and you can begin to get a picture of the size of this cancer our War on Drugs has put upon us! All over the world!

And thus by reflecting some, maybe the real question we’re left to answer is, whether or not the Obama plan is enough help to get this decades-old albatross off our necks.

And realizing that, replacing it with hope!It’ll be somewhat costly, too, remember, in vast unemployment among drug dealers and growers in the trade, for one; but most importantly in the follow-up treatment parts. Will all of this cost more than the disease has itself?

Not unless the whole damn nation suddenly goes on a binge, my answer is!

Hee, hee. You learn to recognize people diseased like this when they show up at AA meetings, especially the larger cities — mouthing off all kinds of cool stuff designed to show they might, indeed, be sane and thus unjustly accused.
“Judge send you here as part of your release probation!?” you’ll quickly learn to ask.
Silence. A jaw-stopper.
“Then you’re in the wrong place to be BS’ing someone! Just hang in, and we’ll get you thru this.”
Hee, hee. We are a nation of worriers, aren’t we! With different ways of coping.
Dave Finch, long-time attorney and drug policy reform advocate, has written about Obama’s new program in Some New Justice and Humanity for Drug Offenders. Learning about a certain hijacking by society, and treating it, is the key to understanding this.
​”​Our criminalization of drug possession and use were adopted…​decades before we really began to understand addiction, how it starts and why it ought not to be considered a moral failing or a threat to society,” he writes.
“Today we know that ​…​ initiation of regular use, as opposed to a brief experimentation, is more apt to occur among adolescents dealing with the stresses of dysfunctional families, mental conditions such as ADHD and PTSD, or genetic vulnerabilities with which the young person’s character had nothing to do.​
“We also know that addiction is a result of how the vulnerable person’s brain responds to certain drugs – not because of some entrapping quality of the drugs themselves. Kids see older kids use drugs without any apparent consequence.”
​Like casual use of alcohol itself, so many critics just can’t comprehend this​. Nor why treatment should be viewed as first option.
There is a fudge factor society hasn’t yet seen; it’s been placed in these people as part of their defense mechanism also. But now the wraps are coming off it — it needs adjusting!
“​Most who use drugs, even most of those who use over a substantial period, do not become addicted to them​,” Finch writes.
The addicts are the ones it behooves us as a society to head off at the pass though — before the violent, criminal acts start — with regimented treatment!​ Once this was called tough, brotherly love!
“​Many argue that possession of drugs in quantity, especially when accompanied by such equipment as scales, quantities of syringes and of other paraphernalia,​ mean that a suspect was selling drugs,” Finch continues.​
“That’s a form of violence, they suggest, especially when the drug sales end up in the hands of the young. Selling on to other adult users is, of course, what many if not most addicts do in order to afford a habit that has seemingly gone beyond their control.
“(But)…(t)he part of the brain that mediates good judgment and control, the pre-frontal cortex, experts tell us has been hijacked and no longer functions normally for the addict.”
Why should we be pausing for a period of reflection on this then? To maybe cheer it!? Come on, can we honestly keep playing this game? This is where we’ve strayed from our traditional liberal-ethos roots, essentially he’s arguing.
“​This fact poses a thorny jurisprudential question: how harsh should punishment be for people who lack the same kind of self-control abilities as the rest of us?
“What they are doing when they sell to other adults is clearly against the law and so it is wrong, but we are a civilization that believes punishment should fit the crime (–) and sticking a sick person in a federal prison with all its potential horrors, because he failed to control a symptom of his sickness, seems highly questionable, ​both from justice and humanity standpoints.
“The (Obama)​ administration now apparently realizes this.”​
And then Finch throws in the final kicker, the family factor. If this plan is a healing medicine, every hard-liner could use a strong dose of compassion. For millions of families over these past few decades, they’ve learned the lesson well already. The cold, un-American way.
“​Those who argue users bring it on themselves and should expect to pay a penalty might ask themselves if they would feel the same way if one of their (own) ​children fell into addiction?”
This new Obama plan, as us old-timers would say simply, seems: Ask yourself first to walk a mile in that person’s shoes! Then see if your feelings change any! Before you pull that trigger.

Hee, hee. Bring back some more of that old-fashioned medicine, Mr. President!
It’s all most of us have left to cover with in our wallets anyway! Religious-right extremism and its brackish, almost inhumane way of taking care of business — shredding morality — in fact, has stuck it to us all, hasn’t it!?
At Ye ol’ Family & Tax Hall!
— 30 —