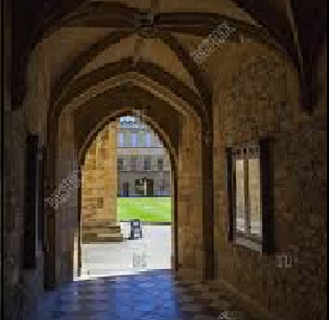 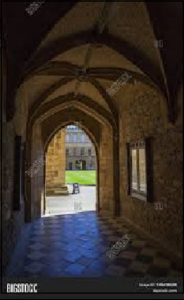 Glossing over some news stories yesterday about a coming meltdown in the economy (yeah, us pessimists are always looking for it) coupled with the nation’s ballooning student loans, suddenly it dinged me — about why we’ve lost confidence in what once was a rock-solid belief in higher education. In the Land of the Free and the Home of the Brave, a disgusting new term has arisen again — indentured servant!

After checking the authors’ figures with more sources, here’s roughly where we are now in these school loans: Almost $1.5 trillion is owed by about 44 million current or former students!

Look at that again. Slowly student loans have…Outrageous, is it? Moreso, my first thought was, “No, it can’t be that!”

And yet, of course, with President Trump and Republican politics being what they are, who can believe hardly anything today without fact checking? Give your cynicism full throttle, go ahead! The GOP’s stance, i.e., on Medicare — claiming they are defending it, of all things — is nothing but a Republican whopper. So how deep can these political issues get?

But criticizing student loans for attempting to expand one’s horizons — e.g., striking a cultural icon essentially because an appendage is milking it — isn’t that off-limits?

Hey, how deep can we pile it today, eh?!

Well, by this point, yeah, even Jethro was reaching for a pen and paper, to verify this splattered sacred cow.

Here it is again, differently: Every current or former college loan student in the U.S. is bonded in servitude to Big Banks, et al, for almost $40,000 each! A $1.5 trillion student debt the nation is carrying!

And further personal feelings make it even worse! A dollar will get ‘ya 10 most of these young folks haven’t even shed their juvenile mind’s runnin’ shoes yet! Can you imagine!!?!!! Talk about betting against yourself!

It means for the next 10 years these people must make a double rent- or double car-payment or such {$351, the payback is figured now} each and every month! One missed payment starts them deeper into becoming an indentured servant.

And there’s more than enough blame to go around for it.

Us older adults no doubt clung to an old belief strained thru failed commercial purchases of their poor ancestors — handed down (indeed, solidified in us, it is, by financial ruin stories from the Great Depression and World War II) — e.g., “The only thing they can’t take away from you is your education! Get it, kid!”

Thus, unflinchingly (and thru closed eyes, too) we’ve helped create a new class of indentured servants — who live largely thru the expense of wealthy corporate owners, the banks.

Young people we are shoving out into a confusing world — these former students increasingly untethered by traditional family ties or customs, also — are immediately confronted by this new kind of harsh reality, about their personal ownership. And objecting only makes it worse. Bankers own your collateral, too!

Indeed, this new kind of loaded dice confronting us as a people might as well be what was an older age’s Raggedy Ann doll, inherent labels and all.

I mean, before these young people can even ride their first wild bronc in any of today’s world rodeos, already they’re saddled with crushing debts!

And the odds against the devil not hijacking clean, pure souls in these times are probably the highest in history!

Disguised as a safe exit for financial woes, an act of any added borrowing risks something far worse — e.g., pushing a person further down a path to an indentured servant. We’ve reverted back to an earlier age.

Together, i.e., with President Trump’s tax cuts for these same financial corporations, for instance — economic incentives which soon just added more money to the already exaggerated and pretentious lifestyles of the affluent themselves — all of it further enumerates indebtedness as this age’s Raggedy Ann doll.

We’ve received the college inoculation shot thru overburdened loans! And are permanently marked by it!

It explains for sure what the public mind slowly is grasping now — e.g., what these new polling statistics are saying when they increasingly doubt older values of public education.

With the exception of those students advancing their training in a particular career field, Is all this schooling really worth it?