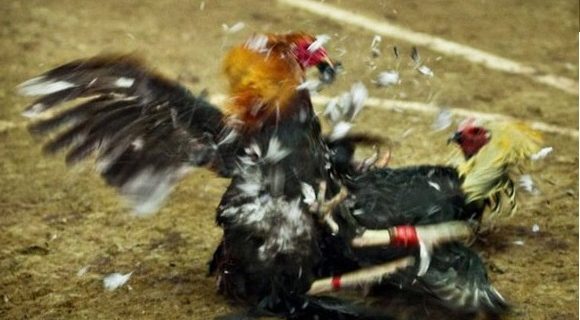 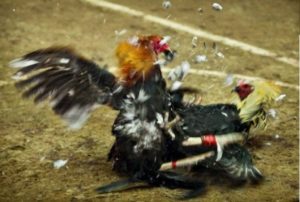 Daring to make a few Facebook observations about hysterical real estate magnates running amok now in today’s provincialism climates — e.g., with our newly elected President Donald Trump and gang — reminded me of a time in Cleburne, Tx, early to mid-’80s, when feathers all but flew, too, at a certain P&Z hearing. Over this same word I’d used to describe some local, restless natives then — e.g., “hysterical.”

Befitting the ol’ taking-one-for-the-Gipper, all feathers immediately endangered at that moment were mine, if I’m remembering correctly. And the irony was, in a way, it was my job, too.

Not exactly a plunge-on-your-sword moment, but as a professional journalist convinced he’d done the proper thing, the moment was both painful and awkward.

The agenda item was a request for a zoning change on vacant land, for a large apartment complex just west and across the street from Coleman Elementary School — on the west side of town. Ritzy, white folks country!

Strangely, to this day, I don’t know whether an apartment unit ever went in over there. I dropped the issue like hot coals afterward!

Cleburne was booming in Sunbelt growth. Had easily doubled in size from the 15k or so good folks when I got out of high school there in ’62, i.e.

As newsroom managing editor at the local daily, the Cleburne Times-Review, I’d figured an editorial encouraging P&A members to OK this one application seemed fitting.

I’d been encouraged by the paper’s general manager to advocate for healthy growth more often, after all. At every good chance possible.

Can’t recall where our GM was then, but due to time, I hadn’t been able to show him this one editorial first, for approval. He was off somewhere. Seems the city’s agenda came up on short notice on a weekend, and that next paper was the only issue it could run in. I bit my tongue and went with it!

Surely Paul would approve of this! I thought.

This was an ideal time for such a measure, my reasoning was. Not only would the rezoning measure add a sizable property to tax rolls, but also a complex directly across from a school would be a convenient and healthy place for young, lower-to-middle class minority families with young kids to live also.

Insufficient or inadequate housing’s always a pressing need in a boomtown. I sat down and cranked out one quickly that Saturday in favor of it. Just on instinct!

But typical among provincialists, too — as I was prone to call certain folks in Cleburne at times then, especially real estate magnates — deciding where exactly to place a new apartment in town often became emotional.

Whose ox is being gored the worst?

Too, the heat of Not In My Backyard still was vague for me. (Later, as a weekly publisher, I’d learn a deeper importance of keeping my mouth shut around real estate people. But that’s another story.)

Think of real estate as an integral, defining gear on what makes a city go around. Amount of land is fixed! The smaller the community, the more important it is all agents involved in any profiting — from new deals brought to town, e.g. — are up on what’s happening. As they happen.

Almost routinely, unprepared events give rise to secondary and vociferous property owners, developers, or contractors, all fit to be tied — each shouting a doomsday clock of lower property values would kill ’em!

And natch, advocates of setting the damn clock off were the sorry s.o.b.’s who were pushing the proposal! Newspaper editors, included.

Our whole financial world’s gonna end if’n you rascals allow this in our neighborhood! they’d stand up and yell at the meetings. Hell, put it out of the way somewhere, anywhere! Bury it outa sight, just so our good folks don’t hafta look at it!

In Cleburne then, typical of mid-size Southern cities just a couple of decades post school-integration, you’d hear also, “Put the damn thing east of the railroad tracks!” (That is, in either the African-American or the Latino communities.)

Of course, most, if not all of endangered provincialists in these communities, lived on the west side of the tracks!

Heavily Bible-belt Christians, and anglo right-wingers to the core, they were. I was born and raised here; left when out of high school; but knew some of these people from years back. Had always thought them basically good people — forthright with their beliefs and thoughts, though.

A basic instinct I’d learned in Cleburne was that people eating much higher on the hog than your family could afford louder thoughts.

Years away from the nest, however, liberal-arts schooling had rounded out my vision, however.

Westward, Ho! it’d been for their families once, too, I knew. Their new wealth certainly didn’t detract from their basic goodness.

Even if, for many — this being during the red-hot Sunbelt era and the sharp increases in land values it’d brought in — that once hadn’t been too far away in history either! A point seldom discussed, of course. Certainly not at dinner tables.

But my bigger mistake was not signing this piece of writing, headlined “Hysteria” flying loose or sumpthin‘, over this apartment deal.

Newspaper editorials (at times, a flashpoint in brouhahas, yes — e.g., when urging something controversial) — by design aren’t signed by the individual writer, the rule is.

“The Paper” is making this statement, is a long-hallowed tradition of respectable journalism. Hold up this parcel; it’s a beacon of hope for civilization!

Or at least such glad-handing were the old days. And I’ve got more than a little bit of ’em in me!

Thus, as M.E., I dared to take up the cause for these deprived folks in need of housing. And basically laid out a common-sense reason to re-zone.

One of those It puts a chicken in every pot pieces!

Ran it as “Editorial” — not my regularly signed “Open Spaces” column — but as mere common logic from the newspaper itself hurled into the noosphere of the T-R readership.

Hell, with all the tax money the project was to bring in, I couldn’t imagine opposition to it!

Wrong. Real estate provincialists with their gab earn or lose money at times depending on which side of a hot, narrowly defined issue they’re on.

I think a large number of those in town opposed to the poor apartments were at the P&Z meeting, a night or two later, when the item came up for discussion and a vote to accept or reject.

Angry, these people were! And I ended up having to cover the damn meeting, wouldn’t ‘ya know!

Walking into that council chamber was akin to being drug thru a scalding tunnel of eye-glare heat.

Many were standing at the doors, in fact! As I approached. Like vultures gladdened the kill had arrived!

Not a word! Only heat!

Found a seat, alone, on the far side of the chamber — as far away from them as I could get!

Unfortunately, it was only a few rows of chairs behind a speaker’s podium for visitors to speak.

P&Z chairman was calling the meeting to order; visitors comment section, first on the agenda, began as I sat down, seems like.

“About this editorial…” was the first thing I heard, a newspaper being waved over his head. “I’m one of those hysterical ones!”

And it continued. One blistering comment right after another. 8-10?

“See this pen!?” they’d shout, walking up to sign the speaker’s book. “I’m using it to sign my name!”

And then they’d add something like, I’m so-and-so, and I’m not the least ashamed of it! I’m PROUD of my name. I’m PROUD of the things I do! I’ll never hide from any of it! Like a certain newspaper editor we have in this room!!!

Eve-ryy speaker. Stared directly at me, off and on, opposing the ordinance. Fixing my eyes like the last thing I ever saw leaving this world was his hate!

I was a nervous alley cat looking around for a place to spring. Even though trapped, I was. In the heat of angry words!

In fact, if Rob Fraser, the TR’s city editor who’d so graciously gotten sick that afternoon (and thus became unavailable to cover this hearing himself), had actually been there — I’d probably killed him! Or worse!

Of course he knew…it was going to happen! Someone alerted him! And it made him sick! Pobresito!

This is ridiculous! He more or less told the group! There is some hysteria even in this room now!

It quietened things down. And proceedings continued. Normally.

Public comments may be the most precious thing we have in a democracy. I will not slight the significance of them.

But in public issues debated on the commons, the argument still was then, newspapers were innately endowed with an obligation to “cover the bases” — a responsibility to stir, e.g.

My professors at the old NTSU, for one, had branded it in me. Several newspaper editorial workshops since had only delineated the point further –e.g., Democracy can not work when voices are silent!

Offer a public-issue bone to chew on! was the unwritten rule. Raising Hell‘s your role. It’s all part of how we the people fine-tune legislation!

What will happen to today’s Trump & Gang though? Who’s dared to cross down into a different Rubicon of thought?

Hee, hee! From all the shenanigans you read in the media, we’re off to a good start!

A shellacking awaits him, is my best guess!