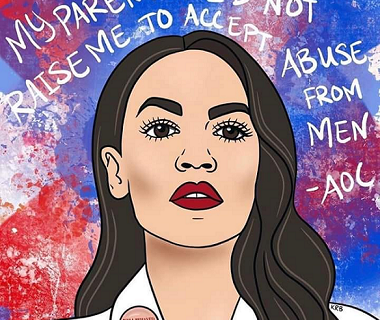 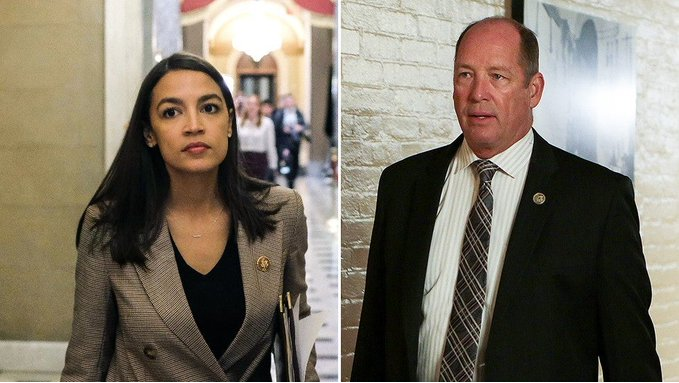 The toxic words U.S. Congressman Ted Yoho (R-FL) uttered to U.S. Congresswoman Alexandria Ocasio-Cortez (D-NY) — AOC, as she is called — last week at the Capitol should be rolled up in a soiled tampon and forced down his throat! Criticism of such attacks, justly so, from this has been huge.

This is a critical moment in our society, yes. On your toes! For us as viewers, deep-seated stenches of arrogant cause célèbres need to affront our conscientiousness. Put women in bottles, this says; open in darkness only!

Eh…? Someone wants to take us back to that?

Well, pardon me while I drag my feet!

No one (absent any known personal provocation; here, seemingly only as a misogynist) has a right to desecrate another human like that in public! A simple political hater, Yoho was!

And “AOC,” as she is known — yes, an elected colleague of his, too – was on footing owned and supported by U.S. taxpayers also! So we footed what was an ambush show!

Let Yoho — who’s a professional veterinarian, it needs mentioning — slither off into a slimy gutter somewhere (with an embellished bullhorn), in the swamps of Florida!

A big GOP rooty-toot-toot, give him then!

Or shall we call this more Republican-sanctioned Trumpian family policy?

Did Yoho feel called to give out expert urban advice based solely on his education? Or like President Trump, is he but another G.O.P. provocateur of wayward government spending?

That, too, huh! Someone born privileged?

AOC — the Left’s darling, yes — previously had made some public comments (in a TV interview, apparently he’d heard) about crime’s connection to poverty, and the adverse effects out of it — all amidst an economic dampening pandemic, too, e.g.

And he blew his cool over that?

Knowledgeable about all that stuff, he was, huh?

Yet, apparently he wanted to correct the liberal-oriented response — Yeah, President Trump’s cheat sheets told him how to recognize that, I’d bet — she’d actually given earlier to her constituents!

So walking away (to her back?), he just had to belittle the Congresswoman!

A public news reporter heard it, and reported it. Called him down for it!

On public property, mind you, taxpayers deem worthy of not just dignified civility but also their most compassionate expressions of hope and equality for the future of our human race!

Yoho — who’s stepping down at the end of this his 3rd term — just inexplicably had to get something off his chest, it appears. Or was it “inexplicably”?

‘Cause, besides our health, it’s this other crisis of our times we’re confronting now, too: e.g., our convoluted “disordered philosophy!” He’s a warrior in it, too, maybe?

And you gotta hang in tight on this one, many folks do, for its not normal church-talk, per se, that’s on the table! It’s just as deep, though!

As in “…the absence of a philosophically robust notion of virtue in society” (which, as I learned, meant due to the lack of a good liberal arts education and good church-raising), what we have left is “polarized public discourse” — e.g., to the point where political and economic policy issues themselves are considered, either strictly immoral, or moral!

Depending on which party you pivot to. And, yes, more and more, it seems, amassed wealth is making the difference! Which is an unfair rub for true conservatives, yes! 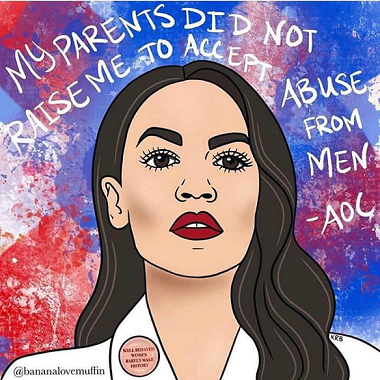 BUT — armed as such — or, more precisely, splintered as such, Yoho ambushed the Congresswoman!

BUT, bravo for her defending herself later on the House floor.

“Permission denied!” in effect, she told this dumbfounded wannabe psyche-head — especially after a floor apology that wasn’t an apology in which Yoho brought up crutches he was leaning on, e.g., his wife and daughters. AOC pounced on it!

Yoho the Yáhoo! Go slither away with your baggage! Out of our sight!

Our country’s public affairs – yes, at their lowest state in decades – deserve much better people in office than you!