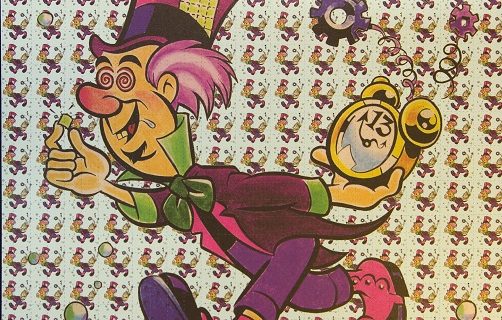 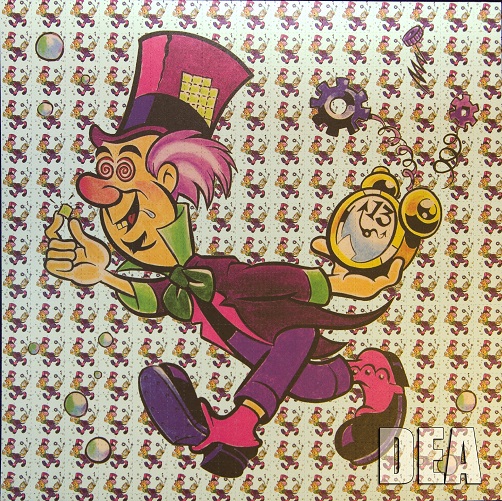 Any other old hippies out there remember the psychedelic drug, LSD, and all the commotion it stirred back in the ’60s and ’70s!? Even in those of us searching for God!?

Before the Willie and Waylon scene — Maybe it was the Beatles who catapulted this mind-expansion drug onto the public scene! Maybe a Ticket to Ride? Couldn’t have been that one whacky shrink by himself, Dr. Timothy Leary!

Well, this drug may be coming back into vogue, according to a New York Times writer. This time as an honest tool for psychiatric practices. For the professional people to heal us!

My one (and only) experience with this drug was with some friends at one of their houses one night — in the early to mid-sixties, I think, after getting off work at Texas Instruments in Dallas on the evening shift.

It was sooo bad! I mean, I bombed out! Terrible flashback scene! One distorted horribly, too!

Damn-near wrecked a friend’s living room reenacting a wild drunk scene in an alley one night, several years back, it was. After I’d gotten off work in shipping at old Mrs. Baird‘s, Fort Worth.

It was behind The Glass Keys nightclub there — mostly an African-American hangout.

On the trip in Dallas, supposedly, I had it in my head I’d killed this guy over his debt to me — never believed it, no — and I was living out my anger. And as a result of my freefall wildness on my trip, I got booted out of my friend’s house that night!

It’s more confusing because this was a duet sing-song scene, too. Yes, this was back in my “searching for God” days, too!

A physical sign, I needed! Had this burning question that needed answering, ratt now! [And, again, I don’t think it was about this Glass Keys guy! I never could catch that guy! He outran me! With my money in his hand!]

(Maybe some of you’ll remember my writing couple years ago about “searching for God” in Norfolk, VA, once. Ratty warehouse section late one night. It was a few years after this. After I’d entered the Navy.

(Sure ’nuff, though, that time I got my sign. And never again had to do this search again! Crazy, we humans are! Some of us, anyway. [Not you, Jethro!] Hee, hee! )

But this time in Dallas, the convolution of these two disparate energies on this night, mid-’60s — Call ’em yáhoo thoughts, set loose by this little dab of LSD, I guess — was freakish for me.

Never did I think about taking that stuff again! Whoo! Curiosity is one thing; killing the cat is something else!

Doyle, owner of the house, was a coffee-buddy friend during breaks at the huge Texas Instruments plant in Dallas. I worked there in the ’60s, early to mid-’60s, and Doyle was a connoisseur of experiencing psychedelics. My friend Beth introduced us.

When he mentioned to me at a coffee break one night he’d had a “marvelous” religious experience recently, such a trip I had to have, yes — and Doyle eventually consented to “fixin’ me up.” Under the watchful eye of witnesses, if I’m remembering correctly.

And I can’t remember what the transaction object was, this Fort Worth guy had encumbered the debt to me over — it was after hours, so it might’ve been a 6-pack of beer, or a little wine…Just something we’d negotiated a price on.

And stupidly, I’d paid with a much larger bill! And he had to go get it changed! Inside The Glass Keys.

Never entered my mind he might be a shade dishonest. I grew up in Cleburne; you trusted everyone! But the preacher’s daughter!

And when this guy returned and handed me my change, I’d noticed it was $5 short. And accused him of trying to clip me. And then, yes, all hell broke loose!

He’d been some acquaintance from an all-night beatnik joint Art (another friend) and I frequented during after hours, at “The Cellar” — where we went after we got off work on the evening shift at Mrs. Baird’s Bread Bakery, which was cross-town a way.

And somehow on Doyle’s LSD venture, I’d revisit that scene. And instead of a group of men pulling me off of this poor guy (which, later, he got up and ran), I’d actually killed him — e.g., beat him to death.

Which I didn’t, of course. But somehow had it in my head that I did. And (possibly, yes, but I don’t think so) was looking for God in this psychedelic trip to straighten it out.

So I literally “tore up” Doyle’s living room getting the truth of this incident into my head — and, of course, Doyle promptly escorted me to my car outside for it.

And told me to “go look for God somewhere else.”

Anyhoo, all these years later, there’s this former New York Times writer who’s discovered Dr. Leary was onto something, after all!

And there’s actually a movement underway promoting LSD to help treat addicts now, for one.

“Wonder if this writer is a Republican, too!?”

Ah, politics and LSD! No wonder we got Trump!!

“Lord, help us all if they ever put LSD into an AA treatment program!