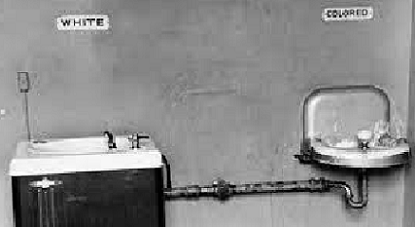 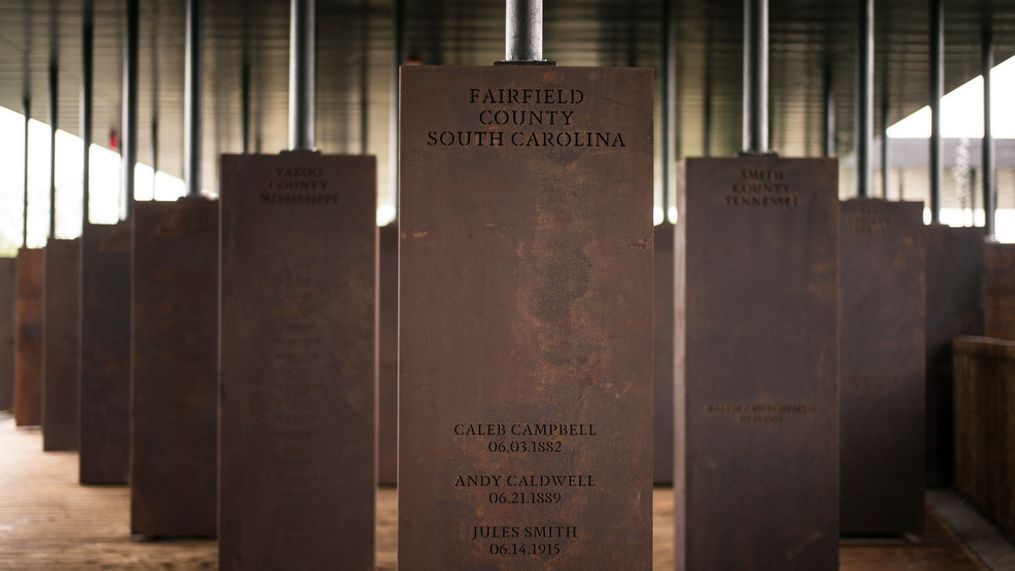 MONTGOMERY, AL: Opened in April of 2018 as part of a national healing process, these suspended markers display the names and locations of individuals killed by lynching at the National Memorial For Peace And Justice in Montgomery, Alabama. The memorial is dedicated to the legacy of enslaved African-Americans, and those terrorized by lynching and Jim Crow segregation in America. Conceived by the Equal Justice Initiative, the physical environment is intended to foster reflection on America’s history of racial inequality. AP is reporting this Memorial is now open at night — for those wishing to reflect on our nation’s past.                                                         (Photo by Bob Miller/Getty Images)

First, this is an off-the-wall piece from 55 years ago (2-3 years out of high school — aka stupid years). It has nothing to do with racism, but… I’m hoping thru public admittance (finally), it can be slipped in as a moral substitute for what I feel is a national call for atonement now — for past racial injustices and generally just for bad behaviors. Kapish?

And if so — e.g., if I can get a little nod, even by the narrowest of margins, I’ll gladly take it! (The Fat Lady ain’t singin’ yet for me but I did hear someone a warmin’ up little while ago!)

And let us not forget, in all this, too, that white privilege may have helped one’s personal advancement at times — or even kept one alive — in our Life’s jostling for roles in society. I mean, cough up your social benefits, it is!

Indeed, we’re in such a unique moment in history. Some even consider this a possible 3rd Reconstruction Era also. Be that it is — just a teeny-tiny Slice in Time!

That is, as part of a national healing process flush leftover racism from within you — i.e., ‘ya did any of it? Then apologize! Or admit why you won’t. And how you’ve changed, too!

And if’n you ain’t, in fact, done any of that big stuff, then at least flush out whatever barfy deeds you are ashamed of — that still are a cloud over ‘ya somewhat. Just to show readers, first, you certainly ain’t no Lily-white nationalist! And, of course, too, to cleanse ‘ya innards!

Hee, hee! Gotta understand a bit on how good Christians — e.g., Catholics aren’t Lily-white, certainly, but how they feel about these topics such as redemption and reconciliation are tall orders! At least, it will help ‘ya understand President Biden better! ‘Ol fogey, that he is!

Are we all in? Could anyone possibly be sweating under the collar some? These are tough issues, yes.

But not near as tough nationally as the moment — e.g., deciding who among us bears the responsibility for racial reconciliation the times seem to offer!

Not for us, but for our countries’ sake! The moment of cowboying and cowgirling up to the bar is upon us!

Mine is this moment of greed and selfishness that overcame me once about 57 years ago — when obligation called to bond a roommate out of jail!

But I held back — my girlfriend and I greedily wanted the pad for ourselves a while!

I mean, come on! Who hasn’t put sex over friendship a few times, huh? Ain’t even fair to dare call this into question, is it? But here I am — the Great Confessor!

Or…Uh…Well, it just wasn’t Chuck and I shared a one-bedroom apartment in Arlington, Tx, once. Quite a bit more, in fact!

It was also he’d saved my poor ass allowing me even into his pad — just after I’d been evicted at another apartment! Which I kindly did not disclose to him, of course, that day asking for his bed.

Probably someone in this new office referred me to Chuck. Knew he had twin beds in there. Was the old Village Apts., the complex razed years later to make way for a new gymnasium at (by then) UTA.

But I was out on the streets! Literally!

I’d gotten drunk and started a fight in someone else’s apartment. Door numbers in those large complexes confused me! And I was a-lookin’ for someone, too!

Don’t ever give static to a drunk; calmly get assistance, is a lesson I learned!

But Chuck and I didn’t have problems. I attended Arlington State College (now UTA, yes), and worked full-time in shipping at what was then Mrs. Baird’s Bakery in Fort Worth.

Things went good for 8-9 months, it seems. Until this heavy door knocking one night. Law officers with out-of-state warrant.

Chuck was arrested for abandoning child support back in West Virginia. Hadn’t made payments for three kids in years!

Officers told me he’d be in Tarrant County Jail in Fort Worth for a while.

But I didn’t know too much about Chuck then, for one. He had no relatives or friends in D-FW of which I was aware.

I didn’t even know where he worked! Wasn’t too excited about going to look either. Just somewhere in Arlington’s huge industrial park! Hee, hee! Made jet airplane canopies, he said. 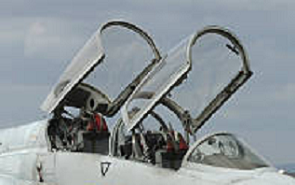 Few months after I moved in, he had one of those damn things sealed-off at ends, turned upside down and filled with water and aquarium fish; and suspended from the living room ceiling in the apartment.

Along with a tiny, rotating night light mounted on the ceiling near it! And a plush bearskin rug underneath on the floor.

At times I was convinced he was an idiot over this!

He’d go into the damnest fit when some mini-skirted bar toad he’d brought in late some night, i.e., refused to lay underneath that damn canopy — and do it with him!

Now, as a student with little time even for homework, I needed sleep during all this!

And listening was torture! In the bedroom with the door closed — imagine this — I’d wrap my pillow around my head and actually pray for NO flood! Egads!

My quandary moment was whether I left him in jail to end of month (2-3 weeks) — while we enjoyed weekends together — or bail him out immediately and not exploit the situation?

Easy decision! I went with what my girlfriend recommended!

Chuck had plenty of money for his bond in a bedroom nightstand. I wasn’t going to touch it! I’d wait ’til payday at end of month! And tell him that!

No, this was greed of another sort! Sans bearskin rug, of course! So, yes, we waited.

End of month when I went to downtown Fort Worth to get him, Chuck was all smiles, too! As well as an assistant prosecutor, who’d popped in with some release papers!

Yeah, Chuck’s willingness to catch up some, and resume steady child support payments, was much cheaper than paying for a deputy to drive him back to W. Virginia, I’d realized!

So, yes! Everything rosy! Guys kidded him at work, of course. But Life resumed for us. No big deal!

But now? When reparations, reconciliation, and healing are the new social buzzwords across the land? Our heartstrings are tugging? (Supposed to be.)

Admittedly, this ain’t exactly like settling most emotional or financial burdens! But some onus clearly calls, right?

If not for actually participating in superior white-person incidents in years past, then at least for laying by all these damn years and not uttering a squeak of protest — to acknowledge racism when you’d seen it! To protest the degradation of human beings!