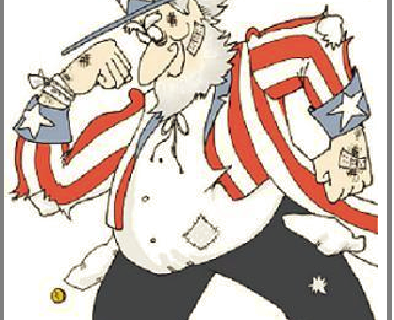 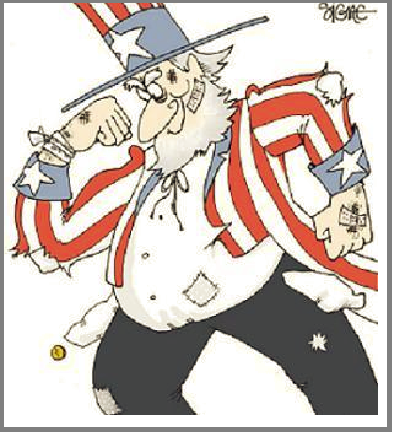 Whoo! Beat-up some, but I’ve new strength, too!

What vocificious angst of a cultural war among us Election 2016 has delineated is everybody‘s got something to say now. And is saying it! Which means, Yes, we’re here, folks! We’ve crossed the Rubicon! Open the champagne bottles! Empire-building of biblical literalism is getting a shorter lease again!

Conservative white Christian Americans — especially the deep-pocketed, radical, Anglo fundamentalists who wish to strangle the Bible with literalist interpretations (for their own riches) — no longer dominate our voting electorate.

Regardless who wins this, this traditional dominance is being challenged by a swelling group labeled politically as simply Hyphenates!

And of course, the largest sector, the multi-cultured empowered group themselves now, Spanish-Americans — dominated by Latinos.

Listen to the noise they’ve collectively mustered up, i.e., against right-wing extremism!

It tells a story of new muscle in an old voting block — as a challenge to far-right legislative dominance by this latests era of Republicans.

Definitely one of the major reasons this latest conservative reform era – which began in 1980 when religious extremists hijacked the Grand Old Party — now is in decline, for instance.

Bombastic rhetoric masking anxieties in this reform group — many belonging to white, conservative, Protestant Christians in particular, yes — reflect almost a sense of grief, a weakened influence in dominating a country’s political and cultural affairs.

It’s a roost Anglo-American Christians, particularly, helped build, and for over two centuries have used it to dominate U.S culture.

But it’s passing on, into a new political reality. The angry exhortations in the wake of this election, if nothing else, are like dying meteors falling harmlessly in a night sky! Part of the last glows, they are, of a dominant conservative era.

Out of all this clutter and anger then, expect a new breed of politician to arise — One more cognizant and appreciated of the formerly despised Hyphenates.

Also, you can even expect the label Anglo-American itself soon to become an official part of this swelling, new amalgam — a new, emerging, model to help set standards in the world for decades to come.

Will Uncle Sam itself continue to be the model’s name? In years to come, don’t count it out; possibly the makeover even will include even two names — Uncle and Aunt Sams, i.e. Any re-naming should be expected to be contentious, for sure.

Just as any remaking or re-defining needs to both recognize and respect this old Anglo-American core, too. Not just as honorable members, perhaps, but as unique charter members, say! Minus reciprocal adjustments in their voting clout, of course.

But credit for founding the United States of America largely belongs to them, after all. And that point should never be diminished in history books.

But what would they be alone, too, by themselves today — without being carried forward by the contributions of a long line of hyphenates?

And just as conditions in the original world of literalist Christians have changed — those biblically clinging to a direct Garden of Eden descent — creating new political needs; so, too, conditions continued to change in the other worlds that evolved from it, the hyphenates. And sheer population numbers alone now, in a Democracy, give them a right to greater clout. They’re the largest minority voting block now, i.e.

In the U.S., this new identity has only solidified the hodgepodge nature of an empowering, new Hyphen-American culture. That’s potentially poised to help lead the world successfully through swirls yet more of global changes!

But one message above all others is certain. Conservative white Christians — especially dangerous, radical biblical literalists —  no longer can choke this great nation into esoteric stoicism.

The country may have been started largely by their ancestors, but refugees from a storm they themselves were, too.

And judging just from pre-election internet and TV noise alone, if ballots were guns (the language of a fatal last resort for continued dominance of the right-wing), the hyphens clearly have gained new respect this election!

They’ve collectively targeted their minds and voting muscles against Donald Trump, i.e., a nasty boy to them who a fractured Republican Party nominated as its presidential candidate.

And almost immediately started talking about a “wall” to keep more Latinos out!

Whether intentionally or not, at least give Trump partial credit for speeding up this coalescing of different Spanish-culture groups into a greater block.

And let the voting judges decide the new president.

Undoubtedly he or she will have to deal with this growing electorate influence in the elections ahead though.

No longer can it easily be set aside or ignored.